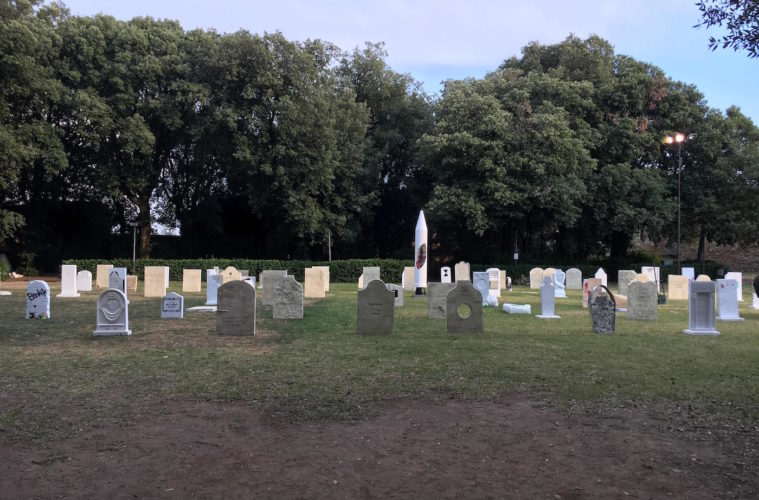 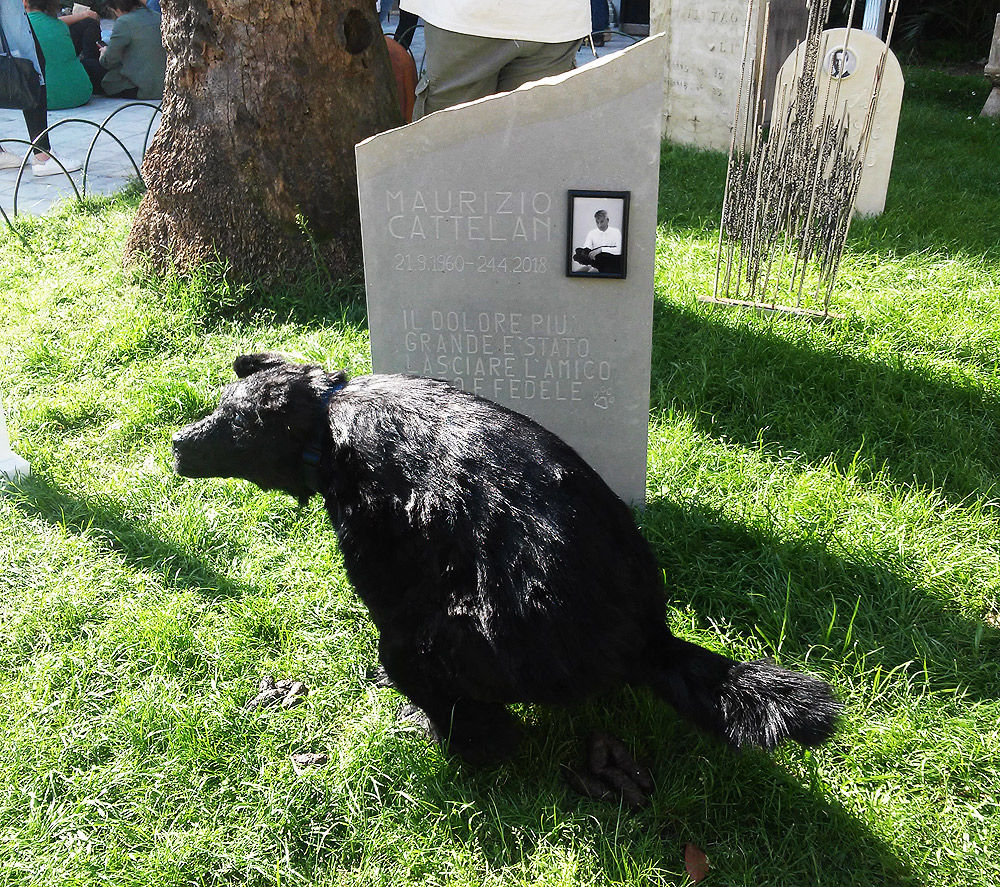 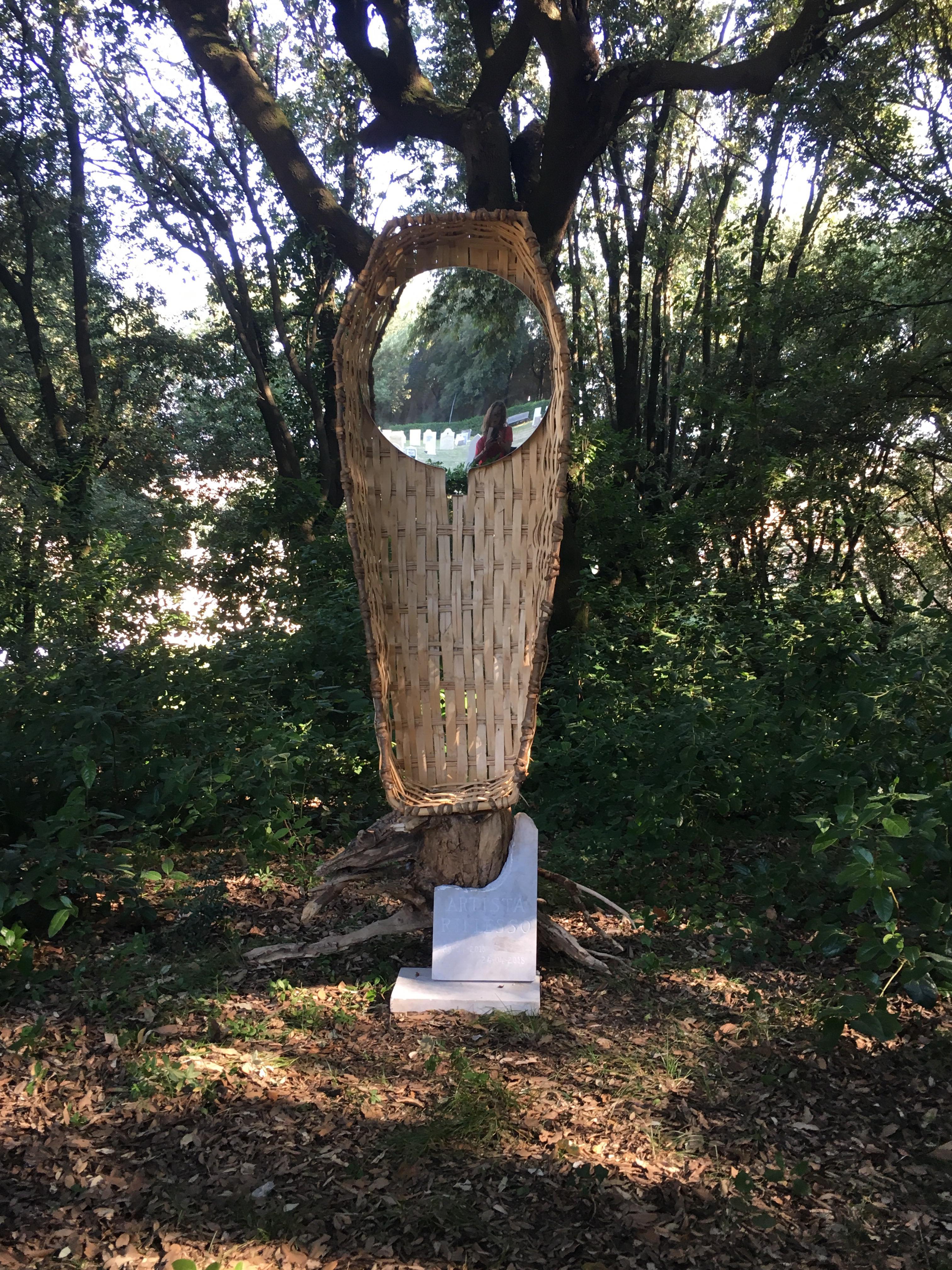 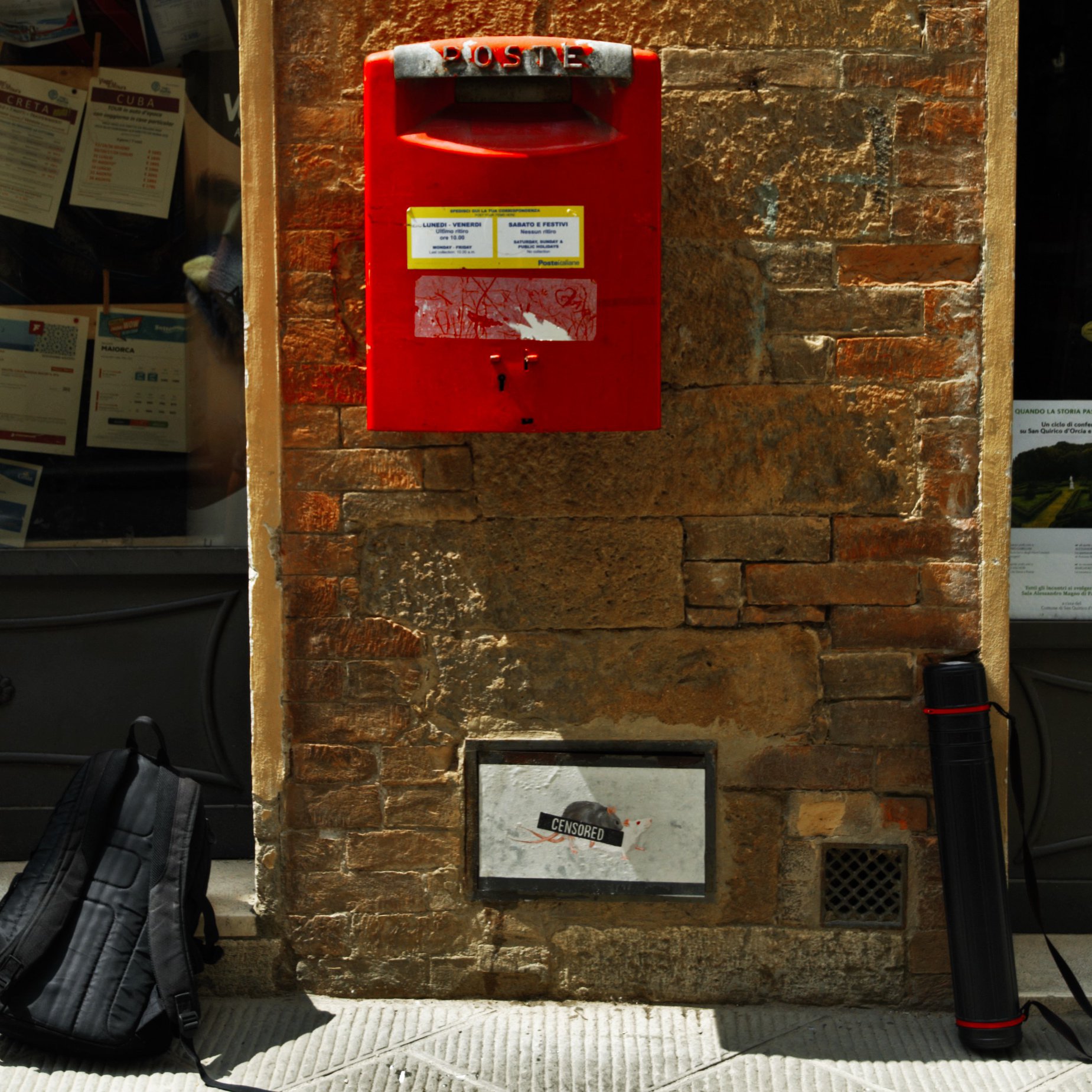 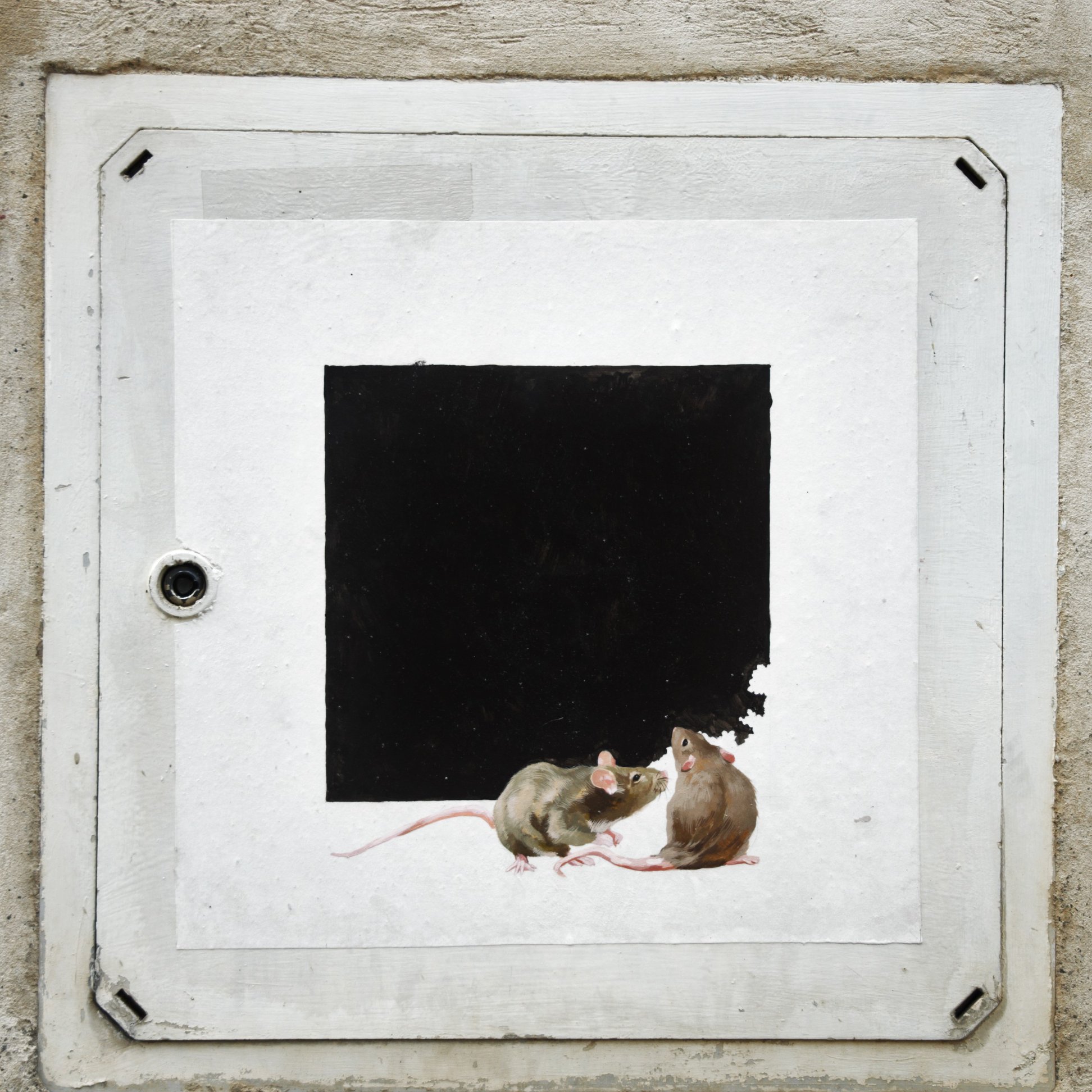 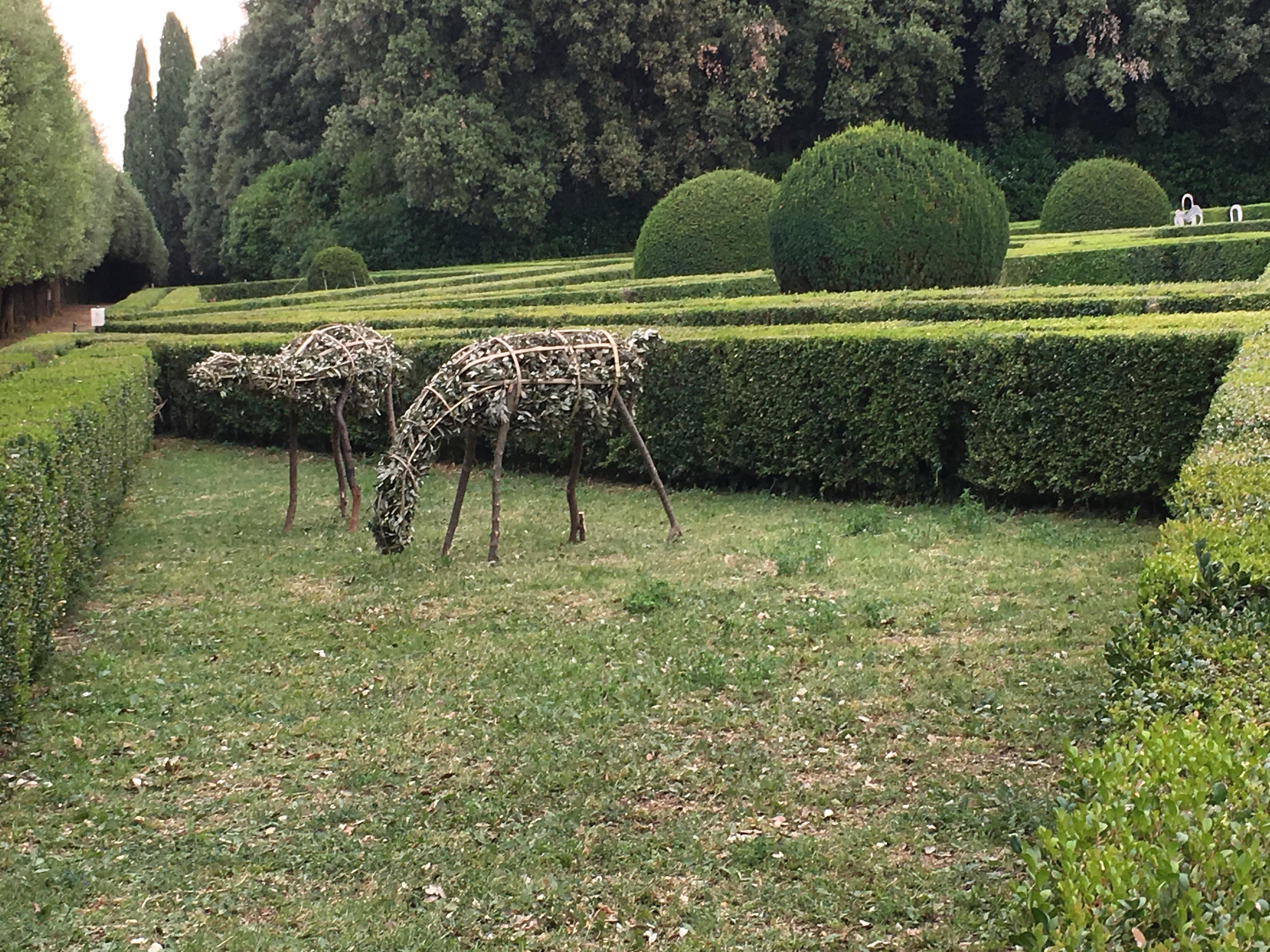 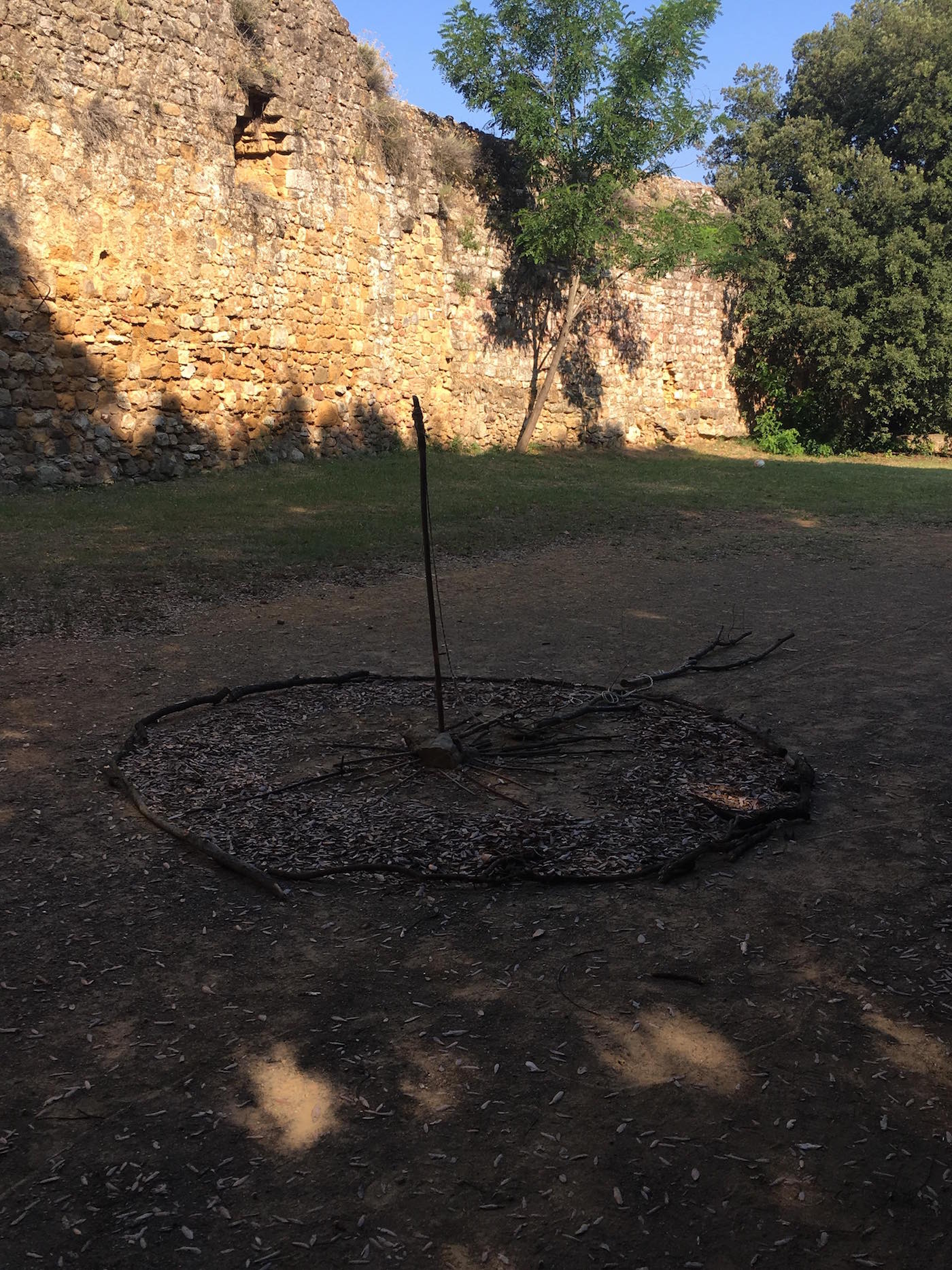 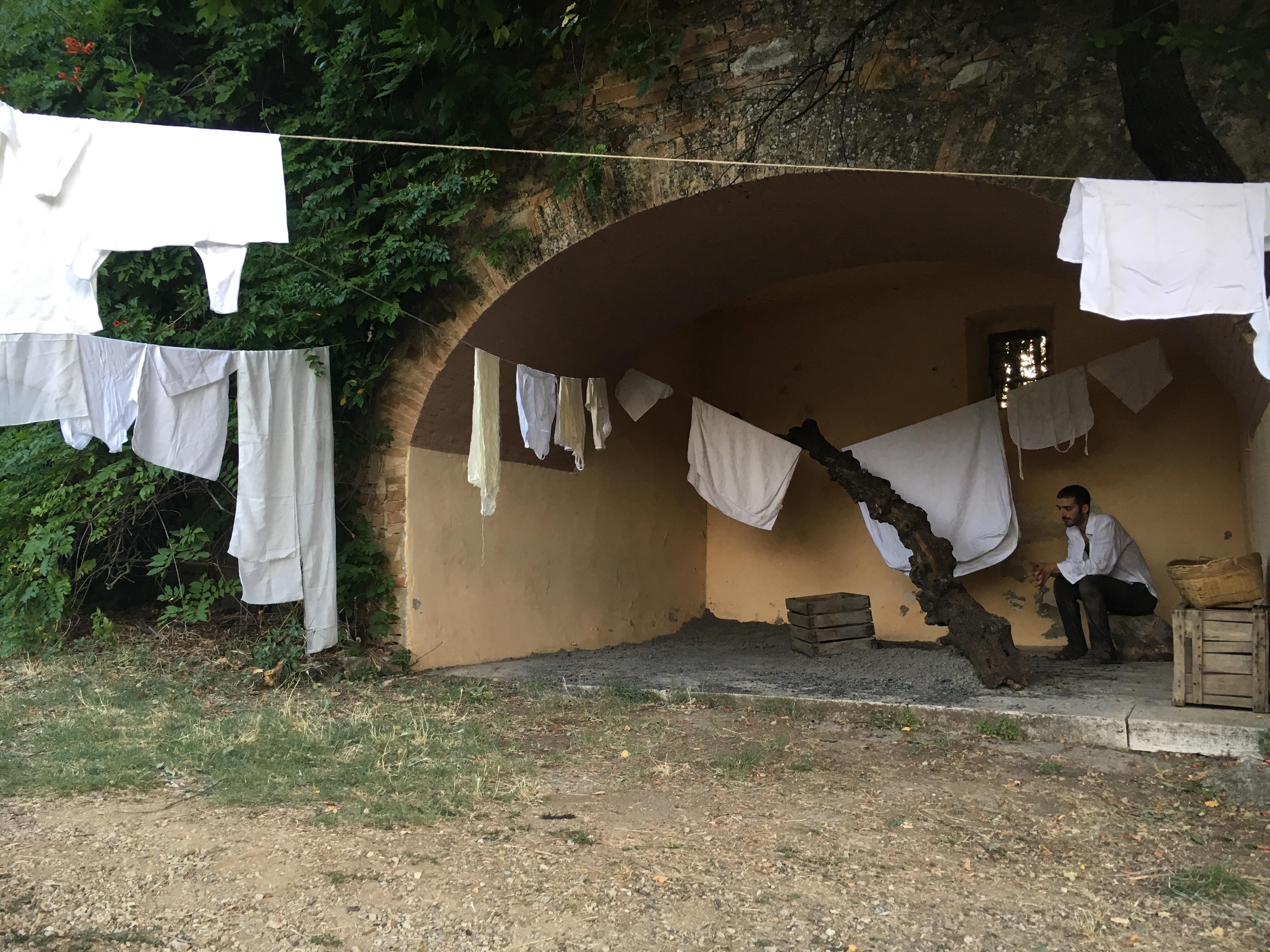 Forme Verde in San Quirico d’Orcia has had a long history: “The festival was born in 1971 and since then mayors and councillors have changed but despite the ups and downs of the proposals, has never skipped an edition. Mario Guidotti, the creator of Forme Verde, always known for the fact that after the Venice Biennale, San Quirico is the longest running Contemporary Art event in Italy, differing only in how Forme Verde is annual and is supported by a municipality of just over 2,500 inhabitants,” says Gaia Pasi, whom is curating the event for the second time around. We asked her, who has always worked closely with the young of art and beyond, to tell us about her “silent revolution” made of pauses between chaos and harmony…

Forme nel Verde. A “light” name for a complex project…

This is the second year that I have been taking care of the exhibition, since last year I have been directly involved the Florentine and Carrara Academies of Fine Arts and we have transformed San Quirico into a sort of anarchist art yard. I think this is why during the presentation the mayor Valeria Agnelli called my project “revolutionary” and I can certainly not blame her … Imagine a village invaded for fifteen days by a multitude of students aspiring artists; all very busy building bamboo sculptures, setting up monumental installations, trying out performances, composing site specifics, gluing posters around the streets and finally setting up a collective exhibition of over 30 pieces at Palazzo Chigi, the Town Hall, of which, for the period in question, the students have a copy of the keys to working inside. Is this a revolution or not? Certainly an artistic revolution is fitting term for an event where everyone works, helps, eats and finally shares sleep in respect of all, to achieve, in the name of art, a common project. The students are rivers full of energy and creativity, they overwhelm and involve everything that surrounds them, spaces and people, but after many years of working with them, I can say that the experience is always positive primarily for the territory that promotes it. Forme nel Verde in my opinion needed a breath of fresh air, so that the inhabitants could start contributing to the project that the press and professionals would return to take seriously due to how the proposal aroused the interest of fans and collectors; From this point of view, students are able to do real miracles, then, fortunately, there are regional calls for proposals such as ToscanaInContemporanea, which last year had already supported my idea, and magazines like yours, which are interested in new projects regardless of their investment capacity for an advertisement that is often unsustainable when a project is at the beginning and must be known to find new sponsors.

My passion for art was born and grew in the classrooms of the Academies of Fine Arts, among the Symposia scattered around, visiting the studios and the so-called exhibitions at the end of the year, on occasions like Start Point in Florence or Open Studios in Carrara. Having said that, I believe that it is necessary to invest in the enthusiasm of young people, to nurture the hopes of students, the opportunities for their work as artists of the future. I try to do it by giving them confidence, but as much responsibility, creating opportunities for verification and discussion with the public or as I have done in the past with the market. Selecting students is only possible by working closely with the teachers of the Academies, that is, by going in person to see the work in the classes to better understand the development of the phases of the projects, the ongoing experiments, the type of path and research that is within each individual work.

Prof. Crispolti always said that if an artist recognises himself by the need to carry out his research, which must be equal to that of breathing, a curator recognises him by the ability to memorise not only the names and surnames of the artists and the dates of their works, but also the times their paths have crossed.

In this case, it is a question of linking the works of more than 200 artists: how were they selected?

The selection at the Academy of Fine Arts in Carrara this year, I would say was spontaneous because director Luciano Massari, proposed the idea of having me to re-present the tombstones made by students for the Eternity project: the cemetery of the eternal, that is, the artists, designed by Maurizio Cattelan for the Academy and exhibited in Carrara in April 2018. I immediately took this opportunity because on the one hand it allowed me to work with the many students who had participated in the scholarship for the realization of the work, on the other hand the direction of a great artist like Maurizio Cattelan allowed me to immediately raise the level of the review, and clarify the intentions of the Forme nel Verde project at least as regards my curatorship. In Florence, I presented the project to director Claudio Rocca, and as last year he agreed to the cause, giving me the opportunity to meet the teachers and access the classrooms to view the works.

All together we built most of the painting exhibition set up at Palazzo Chigi and the whole path of street poster art “ ” (the mice) glued on the doors of , water and gas utility boxes around the country. These are 50 nice rodents painted on paper by students Domenico Ruggiero, Sergey Kuznetsov and Dinara Kamzina of the Florentine Academy, who cross the cuts of Fontana, gnaw Burri, dangle from a triangle of Malevich and fall on a tube of paint creating a Pollock, or rather a didactic path, for young and old, to approach contemporary art. This simple operation was so successful that it triggered an immediate workshop held by the three artists with local children that will be repeated in autumn.

On which locations and how did the project conceived for San Quirico d’Orcia developed?

The project is developed mainly in two exhibition sites, the part of sculpture, installations or works designed for the outside is in the Horti Leonini the Italian garden designed by Diomede Leoni, Michelangelo’s assistant; the painting exhibition is set up on the second floor of Palazzo Chigi, home of the Museum. This year, as I said, we have also worked in the street to connect the two locations better and we have created two workshops involving students and people who live or tourists. The first with artist Andrea Dalle Ave and the students Gianmaria Brizzi, Daniele Dimauro, and Carlo Ottonello produced 10 site-specific sculptures made exclusively with natural elements found on site. The second was led by the artist Edoardo Malagigi who introduced his work, and with it the problem of waste for the planet and the possibility for artists to transform them into works of art capable of communicating multiple messages and stimulating important reflections.

From a logistical point of view, the students are hosted by the Municipality in the Pellegrinaio (Pilgrims’ Hall), a building created to welcome the pilgrims who cross San Quirico along the Via Francigena, of which the town is a fundamental stage. At the Pellegrinaio we have 20 beds available where the students stay in rotation to prepare or realize their works; the canteen of the village provides food and water for the whole period of preparation. The Department of Culture, the Library and the Secretariat of the City are responsible for the bureaucracy and communication.

If the theme of death is Cattelan’s “call”, how do the themes linked to nature, to those Pauses between chaos and harmony, mentioned in the title of your project, intertwine?

The title of the 48th edition of Forme nel Verde actually takes its cue from the following phrase by Nietzsche: “There is something in art, as in nature, that reassures us, and something that torments us, disturbs us, two eternal feelings in constant struggle; the search for order, and the charm of chaos. Man lives in this struggle, and there are all of us, order and disorder. We seek rules, forms, canons but we never grasp the real functioning of the world. The inability to solve this mystery terrifies us, forces us to oscillate between the search for an impossible harmony and abandonment to chaos”. In my opinion, from this reflection emerges the need to stop and listen more: silence, oneself, nature, others. These pauses between chaos and harmony are the works that accompany us in the exhibition: the broken piano by Gianni Sorrentino, the children playing in the flowerbeds of Giacomo Fioravanti, the soul of the park that kidnapped Federica Guglielmucci during his performance of which remains a sacred circle made of branches with a wooden stick stuck in the center, the winch of a liturgy made of steps. I can’t name all the artists who would deserve it for obvious space problems, but I want at least to remember the 7 magic boxes by Simeon Llicer that make the Horti Leonini wood play and the clothes laid out by Francesca Umiltà to protect an interior space in which you live like a scorched wood suspended in the void in the obsession with the certainty that despite all our efforts “nothing will ever change”; these two works are as experiential as daily life in which we all want to find the right balance between chaos and harmony. Absolute balance, understood as the absence of gravity of the body, is implicit at the death of the body, when the spark that makes it vibrate leaves it and heads towards a higher and unknown world… What can I say, maybe it was the immortality of Cattelan!